The opinions on how to do keto are as different as our bodies are. Here are a couple of the different ways to look at it – Some even mix and match theories, but if it works for them, that’s all that really matters. Do not think because someone tells you what “is” or “is not” keto that it has to apply to you. 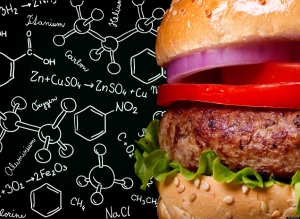 FACT – Ketogenic diet is not a new “fad” it was discovered in the 1920’s as a way to control epilepsy. Since then it has been researched as a way to help and control all kinds of medical issues from cancer to Alzheimer’s. In its original form, all that mattered was the lack of carbs and the ratio of Carbs:Fats:Proteins

Our body does not need carbs, it functions and even thrives when burning fat instead.

The little bit of glucose we do need will be manufactured by our liver.

FACT – Keto is a Low Carb, High Fat (LCHF) diet. Some people follow a high protein version, this is mostly meant for body builders and building muscle, not necessary for toning and shaping.

Generally, the macro-nutrient ratio varies within the following ranges:

FACT – Ketosis does not equal weight loss. You can maintain or gain while in ketosis.

Ketosis is a metabolic state created by removing the carbs from your diet to cause your body to burn fat instead.

It is NOT related to Ketoacidosis, Ketoacidosis can usually only happen to diabetics (and a few others with serious medical issues).

Strict Keto – Everything counts. Stick to your macros, count everything and ingredients matter as much as the carbs themselves. (To me, this is actually a keto diet plus an elimination diet or an anti-inflammatory diet)

Lazy Keto – Seems to mean different things to different people. To some it means no tracking anything but carbs. To others, it means the same as DIRTY KETO.

Dirty Keto – This means nothing matters except following your macros. (To me, this is the real keto)

Do not think because someone else believes something or tells you you’re wrong, that you have to change. It is all up to you. Here is some science to help you decide how to keto your way. I will throw in a few opinions too, but I will be clear as to what are just opinions.

OPINION – The weight loss part comes from calorie deficit and for some people their macro ratios.

The commonly accepted limit on carbs is 20…but depending on your body, you might be able to go as high as 30, 40 or 50. Everyone is different and you can only test yourself to find out your limit. This is important when it comes to maintenance.

Ketones do not burn fat, they are the by-product of our body burning fat instead of carbs.

Carbs are turned into glucose during digestion…then our bodies use the glucose as fuel and our liver turns it into glycogen to be stored and used later..

When there are no carbs, the liver will convert fatty acids into ketones for our bodies to use as fuel instead.

As long as you do not consume too many carbs (from any source), your liver has no choice but to burn fats instead.

Ketogenesis – How it works

Acetoacetate – Our bodies can use this as a fuel source, but it’s not the best one.

Acetoacetate is then converted to…

Acetone – Excreted as waste. This acetone is what we are testing for in urine strips, it’s also why our breath, sweat and urine can be stinky.

OPINION – This is why I believe that 1 or 2 carbs from sugar or 3 or 4 carbs from wheat will NOT kick me out of ketosis. As long as I am under my limit, I will remain in ketosis.

FACT – The only thing that can kick you out of ketosis is GLUCOSE. This can mean eating too many carbs (easy to determine)

Urine sticks only test for acetone, the waste product of ketones. We want BHB’s, that’s what our bodies use. BHB’s can’t be tested with urine strips. Also, once you are fat adapted and using your ketones efficiently, you will not have much acetone left to test. Only blood and breath can be used to test BHB’s.

This can help you determine how much of each to eat.

OPINION – Calories matter – To lose weight, you must have a calorie deficit. This is also a common opinion among scientists and doctors. Ketosis itself will not cause weight loss, it’s only a metabolic state that can help you lose weight. You still need the correct macro ratios and calorie deficit to lose weight. Adjust your macros. Track everything.

**For example, heavy whipping cream has .4 grams of carbs per tablespoon, but most brands list it as zero. If you put a tablespoon in your coffee, it’s not a big deal…but if you make a whipped dessert or a cream sauce where you would consume a 1/2 cup or more…you are adding real carbs to your daily count (almost 4) and when you have a limit of 20, that can mess up your macros.

Besides most meats and pure fat, almost EVERYTHING has at least a tiny bit of carbs that can add up in a day.

OPINION – I use 20 net carbs as my limit each day, some people would rather use total carbs. Some people think they don’t need to count carbs from vegetables at all, especially leafy green vegetables.

FACT – (Commonly accepted fact anyways) – Our bodies do not absorb or utilize or absorb the carbs in fiber, it flows on through.

FACT – Not every body/metabolism is the same. That would be too easy!!

Alcohol is not forbidden on this diet, but there are a few things you might want to know.

Lots of alcohol has carbs and some is sugar filled. If you’re going to drink, stick with dry red wines, low carb beers and unsweetened spirits like vodka, rum and whiskey…flavored alcohols may be sweetened.

You will not have the tolerance you normally would while eating keto, and you will likely have one hell of a hangover the next day. Drinking can also stall your weight loss and possibly kick you out of ketosis (temporarily) because your liver can not process ketones and alcohol at the same time.

Heavy or frequent drinking is not recommended. Know your new limits and be safe. 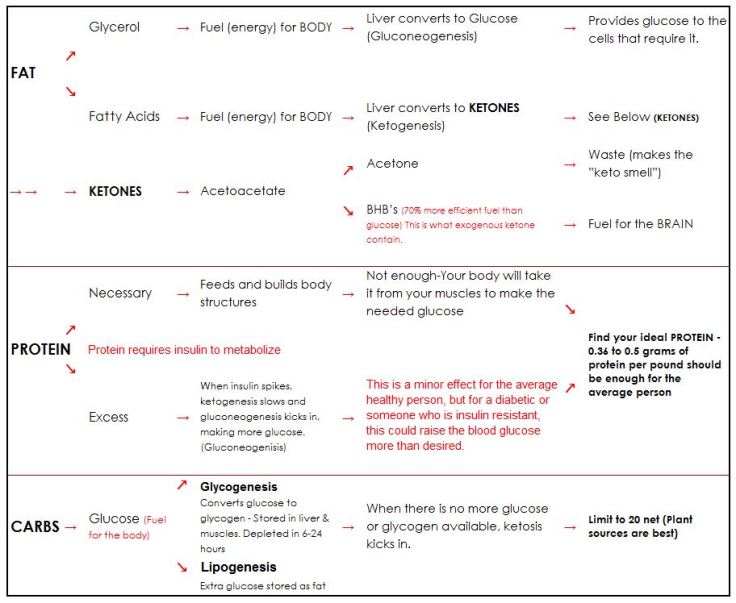